The latest edition in the Pro Evolution Soccer franchise, eFootball PES 2020, has finally arrived. Each year, the PES 2020 games have managed to evolve and become noteworthy games in their own right. This year is no different, with new teams, transferees, and other updates to be installed. What’s the latest surrounding news surrounding this year’s edition of PES, you might ask? We’ve got you covered.

Apparently, you’ll have to allocate 1.6 Gb of free space on your device for this update. You’ll also have to have a strong connection in order to start the update. Without any more delay, here is what you’ll get:

PES’ fans have always stated that, when it comes to simulation, the franchise has always been at the forefront. It is recognized by those who play football as the most immersive when it comes to competitive football simulation. But what is this simulation for if there isn’t a good PvP mechanic to go along with it?

Players will get the meaning of ‘eFootball’ when they go and play against each other. The multiplayer system has been totally revamped, such that PES is targeting becoming the premier eSports game for football video games.

Portable Football You Can Play Anywhere

Are you playing on a phone or are you playing on a console? eFootball PES 2020 has taken the game to a whole new level with this edition of the game. The ball control system has been revamped yet again, giving new dimensions to how players bamboozle their opponents with almost lifelike dribbling and control.

There is also the new ‘Inspire’ system. Certain players just have this kind of ‘influence’ and, when players have that kind of player on their team, they will also see the effect rub off on other players in the same group.

Online Matches That Happen in Real-Time

Players are also able to experience the game in real-time lobbies, which are limited as well. You can play with a friend on the same couch, or play with someone a world away. Enjoy the same high-intensity action and seamless play anytime with your friends or even with other opponents through unhindered, real-time connections via the Web.

The 2020 edition of this game also comes with a few freebies. Players are able to buy some squads for that certain edge against their opponents. There are myClub Coins as well as Bonus packs up for grabs. For a complete list of all that’s available in this game, please see the in-game SHOP.

PES has always managed to deliver, and it looks like they’re on a goal to score once again with eFootball PES 2020. Download now for whatever platform you’re going to play it on, but whether you’re playing on a portable platform, or playing on a powerful PC, one thing’s for sure – the experience is the same elsewhere, and the graphics are sure to stun and awe and strike without even skipping a beat. 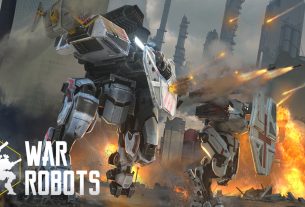